Do you know what you are looking for?

How our products work

Blowing with compressed air can be dangerous and injurious if work is not handled professionally. In the USA, the Occupational Safety and Health Administration (OSHA) has established regulations that govern the use of air blow guns. This is because the majority of air blow guns on the market are dangerous, due to the high static pressure when they are blocked. Should an operator accidentally block the air blow gun orifice, it’s important that the pressure not exceed 30 psi, according to OSHA. If the static pressure exceeds 30 psi, the air blow gun does not meet OSHA’s safety standards. Should the operator accidentally block the orifice with any body part and the static pressure exceeds 30 psi, there is a risk that the compressed air will penetrate the skin or enter the bloodstream. Air in the bloodstream, a.k.a. air embolism, can cause serious injuries and there are also occurrences that have resulted in fatalities.

Installing an air blow gun that meets OSHA’s safety standards means improved safety and a better work environment for operators. To minimize the risk of air embolisms, Silvent’s nozzle is designed such that it cannot be totally blocked.

Blowing with compressed air often causes high sound levels, and these are harmful for people working close to the sound source. Hearing damage and hearing loss often emerge gradually, which makes it difficult to be certain about the cause of the damage. There is a law in Switzerland governing which air blow guns may be used in industry. The Swiss National Accident Insurance Fund (SUVA) is behind the law. To be approved by SUVA, the sound level must be below 85 dB(A). Tests are performed by SUVA, and every product that meets its standards is certified. There are also laws in most other countries concerning exposure to maximum sound levels.

Thanks to Silvent technology, its safety air blow guns combine quietness with efficient blowing with compressed air. Products that are approved under SUVA are clearly labeled on the product pages. Certificates for the products concerned are also available for download.

To enable efficient blowing with compressed air, it’s important to make proper use of the compressed air and minimize turbulence. To do this, the air blow gun or air pipe must be fitted with an air nozzle.

Silvent’s air nozzles are designed to provide uniform, smooth and straight air jets that minimize turbulence and maximize blowing force by using what is often referred to as a laminar air jet. The laminar air jet makes use of the surrounding air and reduces energy loss due to turbulence. This allows the optimal use of compressed air.

Triggers customized to suit the user

Silvent's 500 series safety air blow guns provide the user with the choice of a long, conventional trigger or a short one. The short trigger is designed to provide good grip when manipulated with one or two fingers. The unique design provides an ergonomic grip, also suitable for smaller hands. 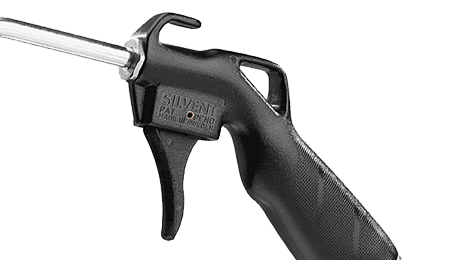 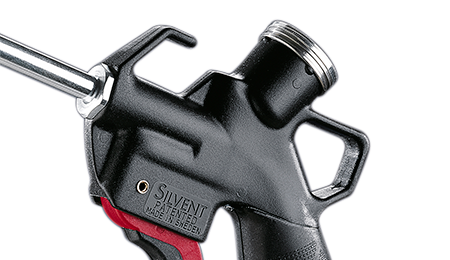 There are also applications that require less blowing force. In this case, it’s both difficult and costly to use more compressed air than necessary. To enable adjustable blowing force, Silvent has created a safety air blow gun, the 007 series, with a so-called stealth mode. In most cases, stealth mode has sufficient blowing force to perform the work, enabling energy savings and sound level reductions. When more blowing force is required, the second, more powerful blowing mode is available. This allows the operator to regulate blowing force depending on the task, thereby saving energy and improving the sound environment, in contrast to a conventional air blow gun that usually only has one blowing force.

Safety air blow guns with ‘soft’ nozzles that do not scratch

Blowing with compressed air can involve safety risks if we are not aware of the dangers and do not work in a professional manner. We have a number of air blow gun accessories that improve operator safety and reduce the risk of injury.

Safety air blow guns can be fitted with extended blowing pipes that make it easier to reach blown areas from a greater distance. Safety air blow guns with extension pipes can be useful when e.g. operators must remain within a safe area or reach further into machinery without exposing themselves to danger. There are also a number of other benefits related to the work environment. A longer blowing pipe often provides the operator with a better two-hand grip and a more ergonomic working posture. This is especially important for improved control at higher blowing forces. An air blow gun with an extended blowing pipe means the operator is further from the blowing source, which reduces the perceived sound level. Most air blow guns series can be ordered with extension pipes in various lengths. 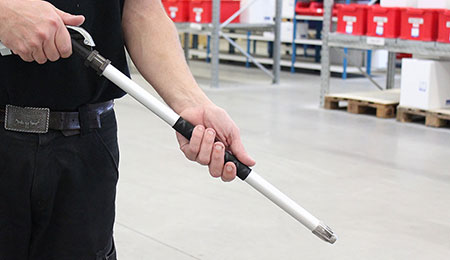 When cleaning, dirt, liquids and chips may ricochet back toward the operator and cause both bodily and eye injuries. Eye injuries are one of the most common hazards when blowing with compressed air. There are safety air blow guns that can be fitted either with an air shield or protective screen to improve safety and protect the operator from dust and small particles. Air shields and protective screens can be ordered for most of Silvent's safety air blow gun series. 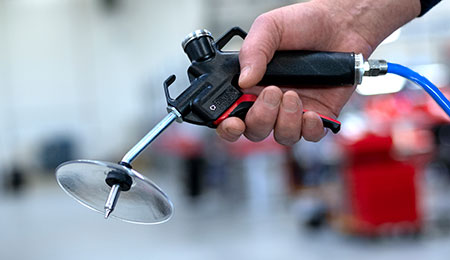 When cleaning, dirt, liquids and chips may ricochet back toward the operator and cause both bodily and eye injuries. Eye injuries are one of the most common hazards when blowing with compressed air. There are safety air blow guns that can be fitted either with an air shield or protective screen to improve safety and protect the operator from dust and small particles. Air shields and protective screens can be ordered for most of Silvent's safety air blow gun series.

Use thread tape or other seal at the connection to prevent leaks. This is important for ensuring efficiency and good blowing force. Leaks can also be costly over time, as the compressed air cannot be used efficiently. It’s important for there to be a preload on the thread to ensure a tight seal, so tools must always be used when fastening the connection.

Quick couplings are often connected directly to the safety air blow gun. This increases weight and thus service of wear on the joints. To avoid this, and to improve ergonomics, we recommend fitting the quick coupler to the other end of the compressed air hose instead. This still allows for quick, simple changes, but reduces the risk of repetitive strain injuries.

The Pro One series has a normal blowing force and a G 1/4″ connection. 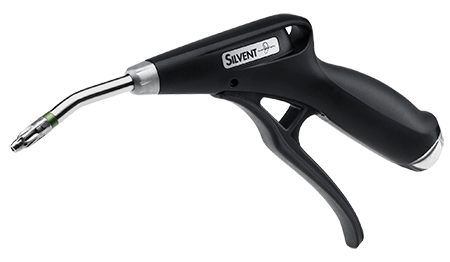 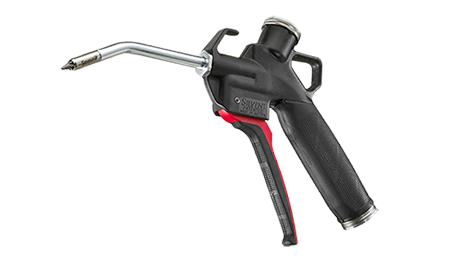 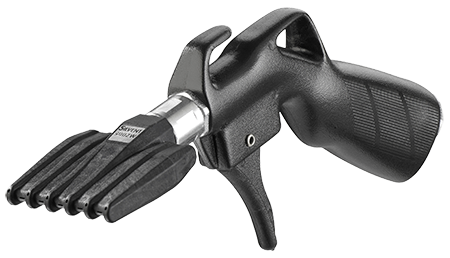 The 2000 series has a G 3/8″ connection and up to 5 times stronger blowing force compared to a conventional air blow gun. 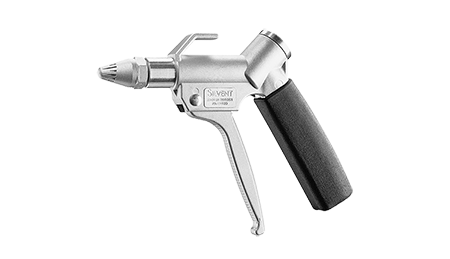 The 750 series has a G 1/2″ connection and up to 12 times stronger blowing force compared to a conventional air blow gun. 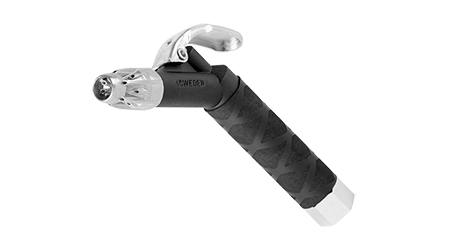 The 4000 series has a G 3/4″ connection and up to 30 times stronger blowing force compared to a conventional air blow gun. 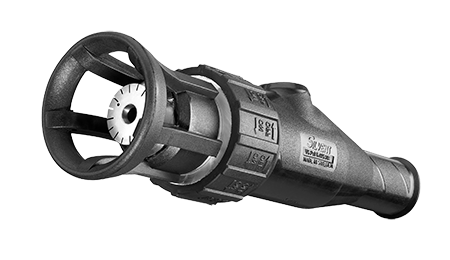 More knowledge from our blog 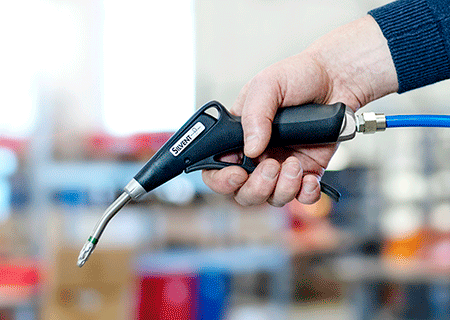 What is a safety air gun? 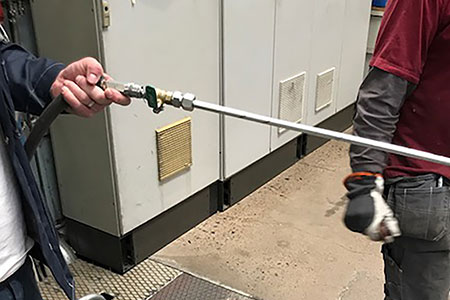 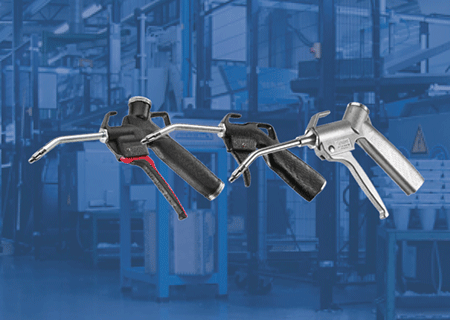 How to install an air blow gun 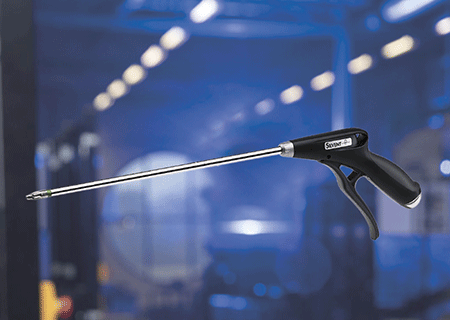 When to use an air blow gun with an extension pipe 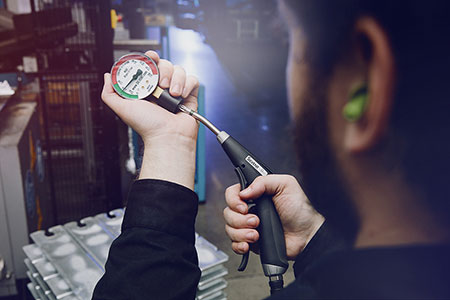 How do you know if you are using a safe air blow gun? 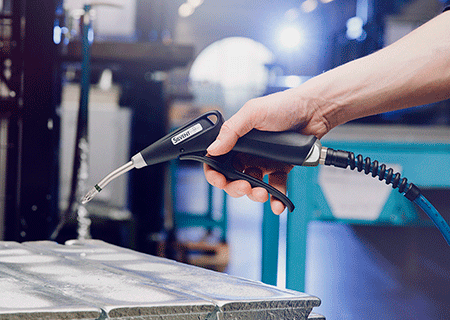 3 arrangements that improve safety when blowing with compressed air 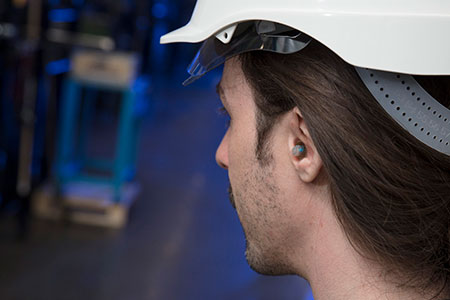 3 truths about noise and compressed air in industry 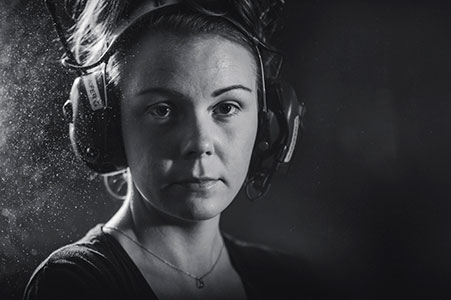 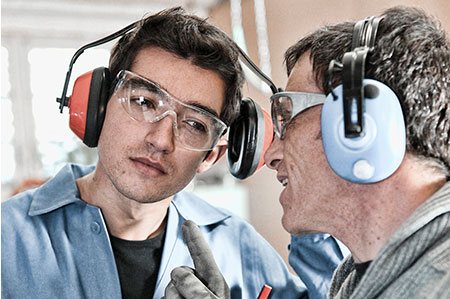 Dangers of blowing with compressed air 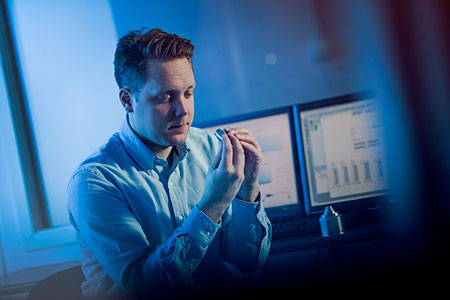 What does compressed air cost and how long is a shoelace? 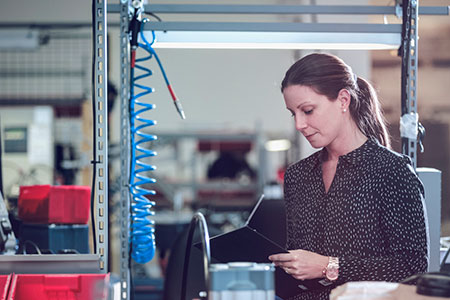 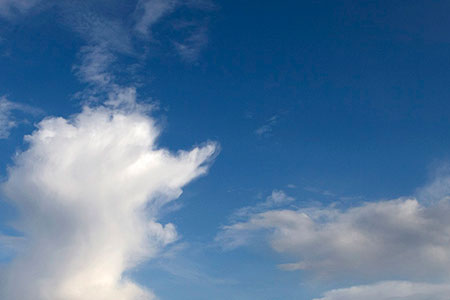 What is compressed air and what is it used for? 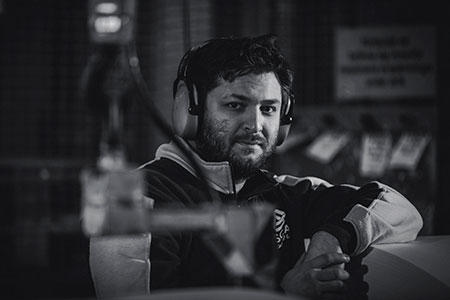 We often talk about the need to prevent noise at work, but why?