Blowers or fans are commonly used in the drying process in industry. In many cases, it is much more effective to dry by blowing with compressed air. The high blowing force removes the liquid much faster, which gives a shorter drying time. This makes it possible to increase the production speed.

The stainless steel nozzle SILVENT 9002W-S+ dries the bottleneck. By mounting the air nozzles on a FlexBlow hose in stainless steel it is possible to fine-tune the blow angle, for optimal drying. 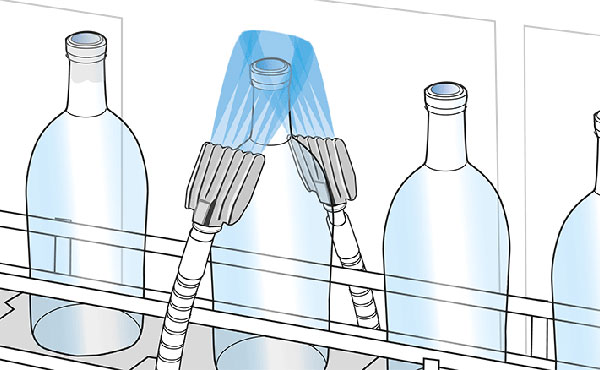 The air knife SILVENT 300 dries parts after washing. By installing several air knives in a row, it is possible to dry the parts efficiently at higher speed. The air knives are specially designed for the application, to stream line the process as much as possible. 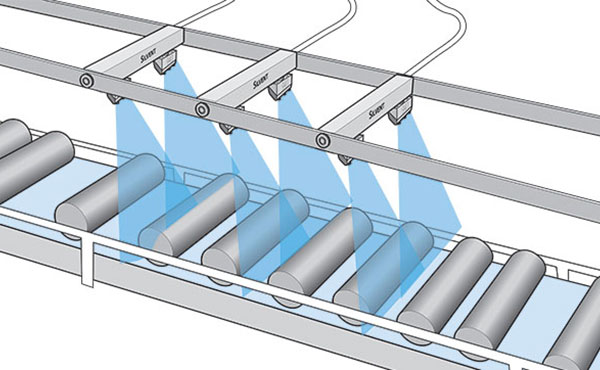 SILVENT AirPlow is an air plow specially developed for the steel industry. The air plow removes coolant from the steel strip to aviod quality problems later in the process. It is often possible to improve the quality of the finished product.

Industry: Vehicles
To remove fluid after the wash, the company used blowing with compressed air. The problem with the blowing application was the company’s use of open pipes, which generated a turbulent air jet. Open pipe installations are often oversized and are seldom preceded by any kind of technical dimensioning calculations. This results in high energy consumption and inefficient blowing with compressed air.

Result
To solve the problem with the huge energy costs, the company replaced its four open pipes with air nozzles designed by Silvent’s engineers. Silvent technology generates laminar air flow that entrains or draws the surrounding air with it. This resulted in annual savings of USD 28,400 and a return on investment of just 5 days.

Drying after a cooling process

Industry: Plastic and rubber products
Production problems occurred because the water, which was used for cooling, was not removed from the product. The problem affected the entire production process and led to far too many costly production stops.

Solution
The air doughnut SILVENT 463 L has a 360° full coverage air cone that provides for efficient blow-off around the entire object. Thanks to optimized blowing angles and distances, the new blowing application was able to dry using less compressed air, resulting in better energy efficiency and lower costs.

Result
It was possible to remedy the problem by installing an air doughnut designed with multiple optimized air nozzles positioned in a circle. In this way, the air jets were able to hit all around the product and ensure that it was properly dry. The nozzle installation meant that unnecessary production stops were avoided, rendering the manufacturing process more efficient.